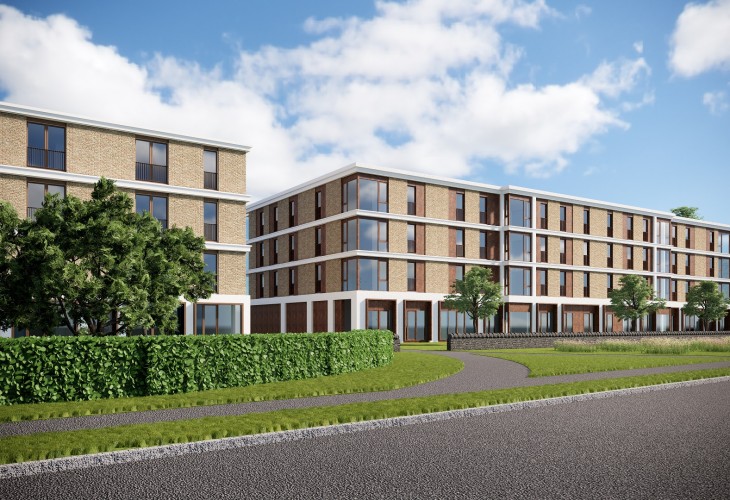 Putting our vacant and derelict land to better use

You know that something is a problem when the Government has created an acronym for it. DUSTEs are Derelict Urban Sites since Two thousand (2000) or Earlier. They are a significant problem for any area, and it is widely accepted they exert a negative influence over the communities and economies that surround them. They can also be a stark reminder of an area’s past glories and of its subsequent decline.

The fact that the government is targeting areas that have been vacant for over twenty years is a salutary reminder that the longer land and buildings have been left vacant or derelict, the harder it is to bring it back into productive use. This kind of land is often described as being “stuck”. Which is why it is vital for landowners, local authorities and planners to work together to explore the potential for newly vacant land to be repurposed as quickly as possible to avoid it becoming “stuck” and, wherever possible, for planning policies or zoning to be adjusted to facilitate that new purpose. Enhanced flexibility will be needed if we are to be agile enough to seize new opportunities and markets as they arise. Many businesses only survived the Covid crisis by pivoting from one function to another and the same concept can be applied to land use.

Healing the scars of the past.

A legacy of Scotland’s industrial past is that almost one third of its population live within 500 metres of a derelict site. In areas of greatest social distress, the figure rises closer to two thirds, so putting vacant land back to productive human use is a priority to bring new life and wealth to Scotland’s poorest communities. For many years, local authorities have been monitoring and compiling data about these sites and the Scottish Vacant and Derelict Land Survey identifies 3,524 individual vacant or derelict reported sites. This amounts to a staggering 11,575 hectares of land. That’s an area almost twice the size of Dundee and represents a huge resource for us to “build back better” as the economy recovers from the impact of Covid, and we continue to tackle climate change.

Putting these vacant sites back to good use will require careful and creative planning. While some could form the base of new housing and entrepreneurial economic activity, others may never be commercially viable again, so it is important to assess the full potential of each site and its context. A Scottish Government programme has been launched to help remedy the situation. Their £50million Vacant and Derelict Land Investment Programme (VDLIP) “will support place-based approaches to persistent vacant and derelict land, delivering regeneration and sustainable, inclusive, growth as part of the green recovery.”

The cost of remediating contamination issues that arise at brownfield sites are often high, so securing government funding, subsidy or tax breaks or capital funding will often be critical in returning them to viability in the absence of strong market forces.

Horizon scanning is vital to avoid land falling into disuse.

As Covid takes its toll on the economy and the climate crisis looms ahead, the effects on land uses are unclear. Changing working patterns are likely to impact the market for offices as are changing patterns of energy use and the need for modern energy efficient floorspace.

The government plans to drive up the creation of “twenty-minute neighbourhoods” which could have a positive impact on the use of vacant land and buildings. Their proximity to local populations will mean that these sites can be repurposed to provide the full range of services within shortened travel distances and fill current gaps in provision.

The shift from fossil fuels to renewables, will also affect industrial and office sites in places like Aberdeen which has managed, so far at least, to avoid having to deal with large areas of vacant and derelict land. Some of these sites could be redeployed to cater for low carbon industries  but they won’t all be suitable, or marketable, for those uses. Landowners and planners need to be proactive in recognising land that is becoming vacant and react quickly to avoid it becoming “stuck”.

While there will always be more mainstream alternative uses for vacant land such as housing and office and retail development these also often come up against inflexible planning or land use policies that make the whole consent process lengthy, costly and uncertain.  That also applies to   innovative new ideas required to create dynamic local economies. Googling “uses for vacant land” reveals a staggering range of ideas from surf parks to goat rental businesses. The latter are rented out as environmentally friendly lawn mowers although one entrepreneur has been successfully offering their services as participants on zoom calls.

These, more left-field ideas, capitalising on new trend such as the growth of experiential leisure activities, will often require relaxations in zoning and this more flexible planning is key to unlocking barriers to development. Allowing temporary uses for land gives the chance for pop-up businesses to explore their potential on vacant or derelict sites.

If successful, they can turn into permanent businesses and, even if they are only temporary, they still drive traffic to the area and boost economic impacts until a longer-term use can be found for the site.

Getting vacant land back to work.

We suggest that there are three ways to consider the future of vacant land or buildings positively- rethink, re-purpose and relax (the rules).

One of our more recent projects is a perfect example of rethinking. We supported a client in demolishing a large office building, which had been serving a declining industry, to create a variety of smaller multi-let units with clean modern floorspaces to meet rising demand from energy transition businesses.  Large traditional office to small, flexible business space increasing agility and marketability.

Demolition is often a last resort option. Repurposing buildings could be a more sustainable alternative in the right circumstances. We are currently exploring the feasibility of converting a large, sustainably-located office building into much-needed apartments. This approach challenges the planning system to take a much more proactive role in deciding how far it will stray from static land use zonings and allow new homes in a sustainable mixed-use location, albeit one zoned for business and industrial uses.

Relaxing planning rules is also critical to unlock the barriers to vacant land and buildings new potential. Widening the uses considered appropriate in mixed-use zones, moving away from larger swathes of single use land zonings,  and taking a fresh approach to creating sustainable communities will help liberate whole areas from the potential blight of wasted land. And just as important as dealing with existing vacant land and buildings is predicting the next phase and making sure that we’re not looking back in 20 years and thinking we should have taken action now.

Whether you’re a planner, a landowner or an entrepreneur, we’d love to talk to you about developing the strategies we now need to take to keep land, people and communities working.