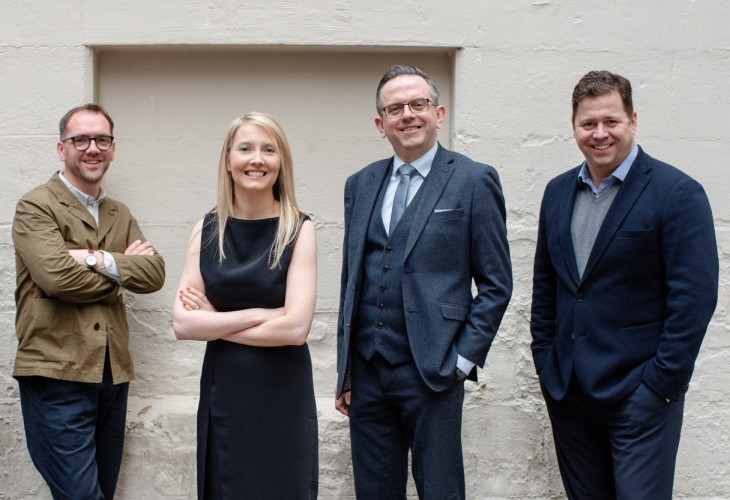 Halliday Fraser Munro has strengthened the senior team in its Glasgow office with a series of top-level appointments to help drive forward the firm’s strategic growth in the central belt.

Deborah McKay joins as projects director while David Craig takes on the role of technical director. These are new posts which the firm has created in order to strengthen the existing high-quality talent pool in its Glasgow operation.

Together with design director Richard Woods, they will be responsible for overseeing a wide range of contracts which Halliday Fraser Munro has won across the central belt.

Managing director David Halliday said: “We now have in our Glasgow office an exceptionally talented senior team, all with their own, unique skillset. Although diverse, these skills complement each other – the result being a very strong unit with extensive knowledge and hands-on experience.

“We have focused a great deal of attention on recruiting the right people to fill these new roles, which we see as being essential to support the continued growth of our operation in the central belt.

The appointments are made as Halliday Fraser Munro prepares to move on site with several significant projects in the central belt across the hotel, leisure, commercial and residential sectors and which focus on key areas of the firm’s services, including urban design and masterplanning.

David Craig is an experienced project leader with an impressive track record in the development, co-ordination and delivery of major commercial and education facilities which has exceeded client expectations.

Deborah McKay’s creative energy and innovative approach to design has led her to manage a variety of award-winning large-scale developments in the residential, hotel and BTR sectors.  Her focus lies with placemaking developments which consider everyday life, communities and the environment.

Richard Woods has been with Halliday Fraser Munro for over a decade and has been an integral part of the Glasgow team, helping to win several high-profile developments in the city.

Among the more significant projects which the Glasgow team has spearheaded in recent months are the transformational Glasgow project Buchanan Wharf, the new joint campus for St Edwards and Tollbrae schools in Airdrie, the Eldon Street residential development on Greenock’s waterfront, and a new urban village at Longniddry.